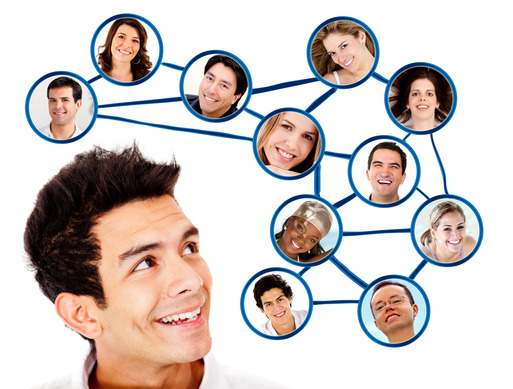 Lets say you want to go out to dinner and a movie with friends. Would you call a random number on your phone and see if whoever answers the phone would like to meet you?

Of course not. Sounds a bit scary, right?

More importantly, you would never take that new-founded number and add it to your contact list so you could call them up again and again.  It’s a random number. With no idea who is at the other end, you could be stepping into a dangerous world.

Yet that’s how many people approach the online world.

In no time at all, they have the numbers. “10,000 fans on Facebook”. Just what they wanted right?

Anyone – anyone – can grow their list as large as they ever could imagine. Want a million followers by the end of the month? Not a problem, you can do it quickly.

But before you buy into one of these illicit offers, ask yourself how this is truly going to help your big idea become better known and more loved.

In the game of social media, numbers don’t matter; not in the traditional sense anyway. One million followers may be good or it may be bad. The numbers aren’t what matters. Instead, it’s the relationship you have with those followers that matters most.

Lets say you have 1,000 followers and they each buy $100 from you over the year. You’ve just built a six figure business.

Wouldn’t that be far better than having a million followers, and none of them buy anything from you?

Yes, we are talking about a more traditional service business here. I realize in the land of Twitters and Instagrams, the follower number is far more important to the overall bottom line. But their profits are measured in a different way.

If you run a typical small business, ultimately it’s the bottom line that matters most.

And the only way to do that is to focus in on who you are friends with, and the relationship you ultimately build with them.

Where should you put your focus?

Your readers, the people that truly want to do business with you, care about the content you provide. What type of information can you educate them on? What can you do to help them see why they should use your products or services? How does the rest of the world view you?

While numbers matter, it’s important to look beyond just one – your follower list – and pay more attention to your engagement number. That’s where your profits – and your success – truly lies.